Hotel Swiss was one of my favorite maps to work on. The environment was inspired by an actual location during my trip to Switzerland in 2008. At first this map was for L4D. As I was working it and released it, L4D2 came out. I released a version for L4D and then updated it for L4D2. These maps were released before Steam had Workshops. 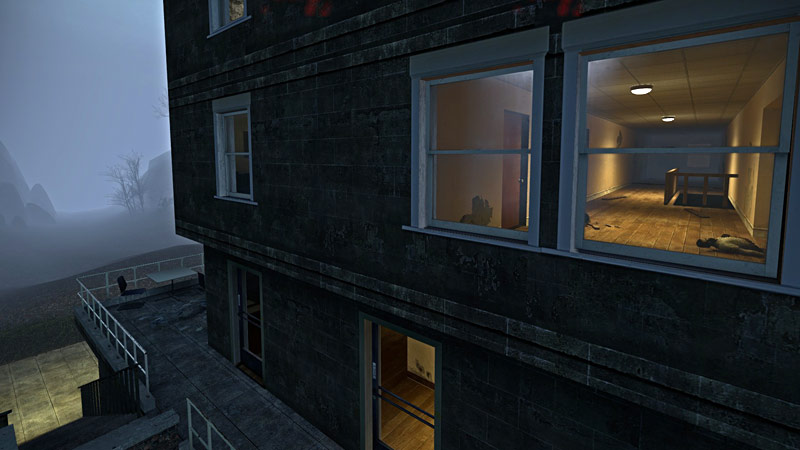